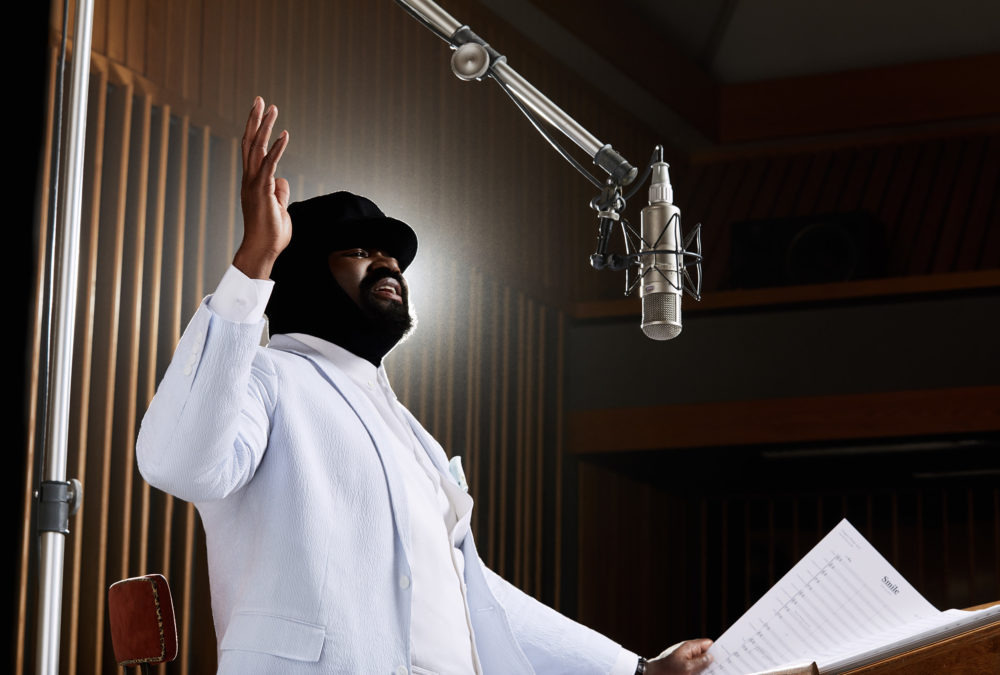 For Gregory Porter, the influence of Nat King Cole on his life and music runs deep, a through-line that reaches back into some of his earliest childhood memories, and culminates in the release of the two-time GRAMMY-winning vocalist’s stunning fifth studio album Nat King Cole & Me, a heartfelt tribute to the legendary singer, pianist, and Capitol recording artist. “He was one of a kind. He left such great music – such beautiful things to listen to that you can’t help but be influenced by that extraordinary timbre, style, and ultimate cool,” Porter enthuses.

“My mother said I wrote this little song when I was 5 and put it on a tape and played it for her when she came home from work,” recalls Porter. Upon hearing it his mother, Ruth Porter, exclaimed “Boy, you sound like Nat King Cole,” a compliment that sent the curious young Gregory delving into her record collection.

“I remember thinking how strange that name was, going through her records, and first seeing his image: this elegant, handsome, strong man sitting by a fire, looking like somebody’s daddy. Then I put the vinyl on the player and out of those speakers came that voice, that nurturing sound. It filled a void in me. My father wasn’t in my life; he wasn’t raising me; he wasn’t showing any interest in me. So Nat’s words, ‘pick yourself up, dust yourself off, start all over again’ – all of these life lessons and words of wisdom were like fatherly advice. They were coming out of the speakers like Nat was singing those words just to me. I would listen to his albums and imagine that Nat was my father.”

Porter’s love for Cole’s music blossomed so much that he adopted Cole as his surrogate father. After his role in the Tony-nominated musical It Ain’t Nothin’ But the Blues – but before rising to international acclaim in his solo career thanks to his mellifluous baritone, poignant originals, and invigorating concerts – Porter dramatized his deep appreciation for Cole in a semi-autobiographical musical, Nat King Cole & Me, which premiered in 2004. 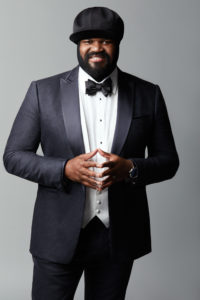 “That musical was a way of me trying to find my father,” Porter explains. “I wrote it after my father [Rufus Porter] had passed. The musical was of Nat King Cole; and half of the music was of my original writing. But the story is how I came to Nat’s music in the absence of my father. So in a way, it was some self-prescribed, self-written therapy and emotional medicine for myself. It just so happened that 800 people came to see it a night. After the play, I felt a lighter feeling about my father and a deeper appreciation for both my mother and the great music of Nat King Cole.”

That musical underpins Porter’s third Blue Note Records release, Nat King Cole & Me, the follow-up to his GRAMMY-winning albums Liquid Spirit (2013) and Take Me to the Alley (2016), which established Porter as his generation’s most soulful jazz singer-songwriter. “It’s only natural that I go to the root of my inspiration and where I come from. And that root would be my mother and gospel music and Nat King Cole,” Porter says.

“Vince captured the delicate and powerful messages in Nat’s songs through his arrangements,” Porter praises. “As a singer and carrier of the message, those messages are equally carried through the instrumentation. Vince just did an extraordinary job with the arrangements.”

The album begins with Cole’s signature hit, “Mona Lisa,” which he recorded in 1950. Porter’s assured, languid phrasing paired with Mendoza’s cinematic arrangement, gives the classic newfound magnetism. A reading of the Charlie Chaplin standard, “Smile,” which Cole recorded in 1954, follows as Porter imbues the melody and verses with all the sincere reassurance that he gained from Cole. Even before creating the musical Nat King Cole & Me, Porter sang “Smile” on the 1998 album Hubert Laws Remembers the Unforgettable Nat King Cole, which marked Porter’s recording debut.

The sepia-toned allure continues with Porter’s gorgeous rendering of “Nature Boy,” which Cole recorded in 1948. Porter’s measured singing magnifies the song’s deep sense of longing and mystery. “In a way, there’s a sweet, sophisticated sorrow in the song. And I was just a little boy when I first heard it, so I identified with this nature boy,” Porter says.

The singer demonstrates his acumen with singing in Spanish with his sensual take on “Quizas, Quizas, Quizas,” a popular tune written by Cuban songwriter Osvaldo Farrés that Cole featured on his 1958 LP, Cole Español. The album reaches its most theatrical flair with the extravagant treatment of Cole Porter’s “Miss Otis Regrets.” Porter’s voice bounces atop Mendoza’s ebullient arrangement of “Pick Yourself Up,” which Cole recorded with pianist George Shearing in 1961.

“When Love Was King” is the album’s sole Porter composition, originally recorded on Liquid Spirit, and here underscored by Mendoza’s suspenseful orchestral strings. “Of all the songs that I’ve written, ‘When Love Was King’ is probably one that’s the most influenced by Nat,” Porter explains. “Nat always chose these message songs – songs that left you with a thought that you’d want to carry throughout the entirety of your life.”

“Nat was also very instrumental in me finding my voice through my own writing,” Porter continues. “It wasn’t until I wrote the musical that I was fit to call myself a songwriter. Before that, I would write different poems but they had no music. The musical was the first time that I had a vehicle to put my work in one place and say, ‘this is what I did.’ So that musical brought out my songwriting and the confidence to write other songs.”

Sweet, sophisticated sorrow also permeates “The Lonely One,” a tender ballad that appeared on Cole’s 1957 LP, After Midnight, while another emotional lift follows with a rousing take on “Ballerina,” which Cole recorded in 1957. Porter’s yearning for his father becomes most vivid on the misty-eyed “I Wonder Who My Daddy Is,” a tune that was recorded by Nat’s brother, the vocalist Freddy Cole. “It was so interesting and strange that the message of this song, sung by Nat’s brother, was essentially telling my story,” Porter marvels.

“I went about selecting the songs like I always do – first in a very emotional way,” Porter says. “I just gathered the songs that meant something to me over the years. There was a period in college when I had an injury to my shoulder and I needed music to soothe me at that time. So I ended up going back to Nat’s records. Then I did the same thing during the passing of my mother. In a way, there’s a familiarity and a calming effect to Nat’s music. Recording Nat’s music was very personal because I could hear and feel my mother. And I still feel myself searching for my father.” 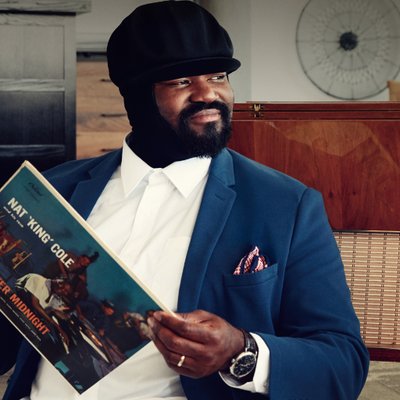