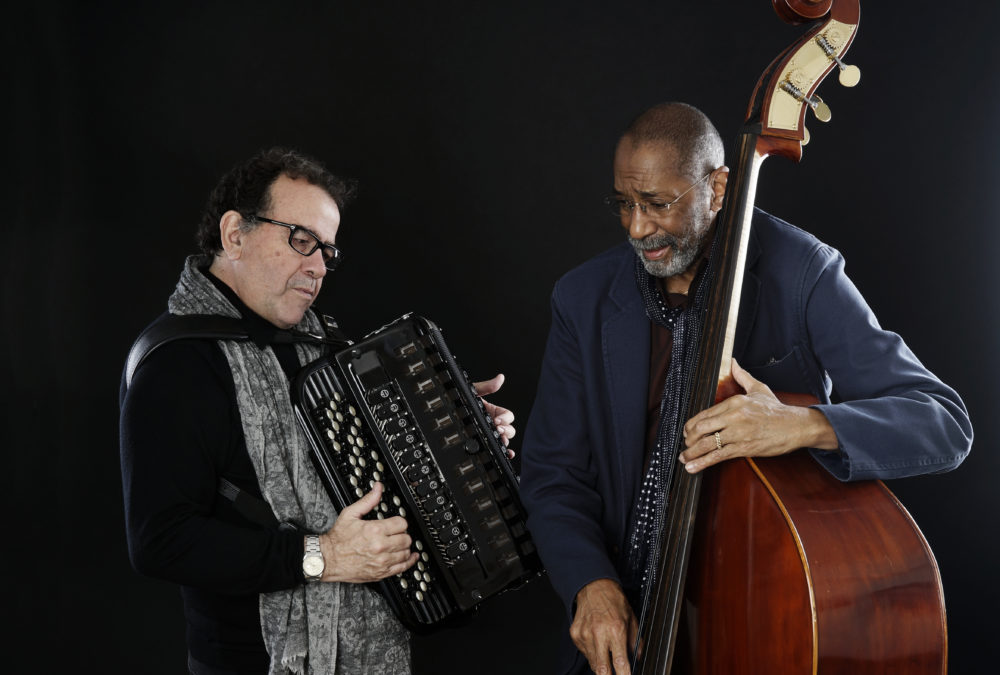 They could make it a lot easier for themselves, especially at their age and with their reputation. Play something so that people identify with them: easy-listening, swinging mainstream, or flowing music in the sound of musette.
Hello Mr. Carter, nice to meet you! Bonjour Monsieur Galliano, comment allez-vous? Each on his own, searching for cheers and acclaim; the one in jazz clubs downtown, and the other in concert halls near the Seine.
However, whoever knows the two „partners in crime“ or „partenaires dans le crime“ knows only too well that they have searched for risks during their lives like adrenaline junkies, never approached the adventure of music from the safe side, but instead always wanted to go beyond
their own horizon. Maybe it‘s curiosity, but perhaps also the wisdom to have realized at an early stage that the restriction to yourself never advances anyone, but instead brings you to a halt and sometimes even takes you a step backward.
As a result, Ron Carter and Richard Galliano decided to risk intercontinental collaboration for the second time after 1990, when they recorded their acclaimed album „Panamanhattan“ in Paris. Here the French accordion master, whose fingers fly over the keyboard with acrobatic ease and can make the instrument weep in melancholy or rejoice with joy. There the American bass wonder, whose deeply tuned strings enhance more than 2,500 (!) recordings and are among the cornerstones of the complete artistic works of Miles Davis, Eric Dolphy, Archie Shepp, Herbie Hancock, Aretha Franklin, Roberta Flack and Antonio Carlos Jobim. Two who have already gained hero status in their own worlds and can actually only lose when they transgress into each other’s terrain. „Believe me, there is nothing more real than to go on stage with a gambler,” Carter raved about the refreshed liaison with his Gallic buddy. The two rediscovered the once lost central thread in March 2016 at Jazz Week in Burghausen as a short intermezzo during a joint appearance with the WDR Big Band. The provisional climax was then the recording made in Theaterstübchen in Kassel on October 29. Galliano recalled: „Before we got going, I said to him: “Can you believe it? Twentyseven years have passed, we are still the same and I‘m still playing the same accordion. To which Ron just responede: ”And we have still same fingers!” 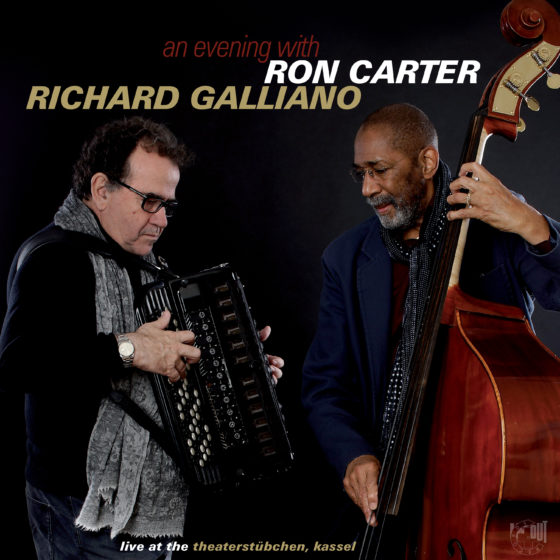