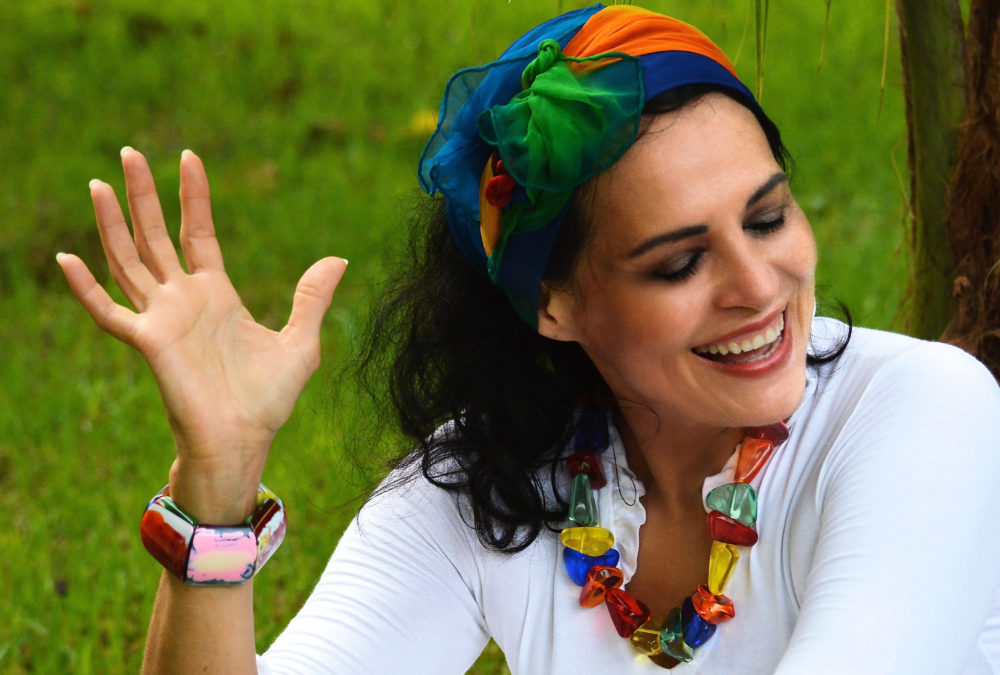 When vocal art and poetry from Rio de Janeiro meet compositions and arrangements from Germany it cannot be taken for granted that it will lead to such a fine result: Viviane de Farias and Morello & Barth are a prolific team since more than a decade now. Ten years after “Moments Of Passion” they have converged again to record their second transatlantic summit paying tribute to Rio and its way of life.
Brazilian Portuguese treasures a plethora of words that cannot be translated literally to any other language. “Ginga” is such a word. “Ginga” may signify a light-footed swing. It might also
characterize the swaying hips of a morena. But it also stands for a unique way of life which is generic to every Carioca, as the inhabitants of Rio call themselves. In his composition “Ginga Carioca” the larger-than-life Hermeto Pascoal has inimitably captured this feeling with all its
contradictions. Viviane de Farias perceives the sirens of police cars, the gunfire of the favelas, the bustling of a mad city in which everyone has a therapist in the tune – but also the pride
to live in one of the most beautiful spots on earth. This is why she had to write lyrics to this instrumental work. She may live far from her Ipanema home in her adopted Germany, but she
is and will always be a Carioca. The Samba, the Choro, the Bossa Nova, the carnival and the Sunday soccer matches in the transistor radio – she has experienced it all at first hand. She has
lived it. ”I have lived“ – this is exactly what „Vivi“, the short version of her name means. All the facets and stages she has gone through can be found on this, her third album for In & Out,
packed into a brilliant cycle of songs. All her memories, longings, dreams, her musical visions between Rio de Janeiro and the rest of the globe. With her outstanding quintet she creates a tension between introspection and movement, exuberance and sadness, the past and today’s life: Time is the major issue in the poetry of “Vivi” who grew up in a family of airline employees. Thus she got acquainted to live in a realm between the time zones from early on. This may be one of the reasons she can unite timeless qualities in her voice and doesn’t
care for pigeon- holes or stylistic questions: She can still rely on her classical formation as an opera singer which she gave up because she wanted to enjoy a more intimate contact with her
audience. She equally feels at home in the rapid scats of bebop which receive colors far from US jazz vocabulary through their Portuguese wording. And there is always the beauty of direct
phrasing, a chant that is very close to the melody of speaking – a sublime virtue in Brazilian vocal art. 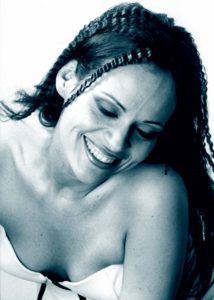 Her quintet delicately sets the frame for this voice. Without Paulo Morello, says Viviane, this album would not exist. He is not content with being only a virtuoso guitar player, he also is responsible for many of the compositions. Long before she thought of the lyrics the music was tailor-made for Viviane’s voice and then arranged with subtle details.
Since many years Morello forms a creative double with Kim Barth, the nifty multi instrumentalist on flutes and saxes who contributes with his transparent and inspired playing. The Bavarian and the Dane who, however, have absorbed Rio’s „ginga“ so deeply since the beginning of this century, they already are considered to be half-Brazilian. They discovered their adopted country fifteen years ago working up songs on the beaches of Rio, studio sessions and worldwide tours with Bossa Nova stars like Alaide Costa, Johnny Alf, Leny Andrade and Pery Ribeiro to follow.
Then there is Viviane’s partner Mauro Martins, blessed with an incredible sense of measuring and percussive inventiveness, also responsible for composition and arrangements. Bass player
Dudu Penz comes in with a tropical funk feeling, equally crispy and elegant, and keyboarder Tizian Jost performs intricately, sophisticated and fluently alike on piano and vibes. All in all:
One may hardly think of a group of musicians who share more enthusiasm, respect and versatility. Listening to their imaginative joy of playing is pure pleasure: With its unisono of bass and piano „Meu Balanço“ leads into a sunny Partido Alto, a fantastic syncopated Samba form, vaulting the listener right into the centre of the carnival. Full of rhythmic refinement is „La Valse“: Viviane says it is a reminiscence of the Maurice Ravel composition by the same name. As the French impressionist does she and her band create a tension between waltz and uneven time signatures, jazzy harmonies and French charm – a pleasant stumbling and tripping that also affects the lyrics. Such an indecision of metre is also to be found in „Baiãozinho“, the airy tune by Eumir Deodato which Paulo Morello lets stagger between the Bossa from Rio and the Baião of the North. But without any doubt the most exciting moment
of the record is „Soneto da Boneca Apática“, the sonnet of the apathetic puppet, penned in a period of emptiness and rigor. Samba Reggae collides with martial rhythms, spoken word and free piano playing with an opera voice that passionately searches an exit from this prison. As life itself does, „Vivi“ fluctuates between thrilling contrasts. “Domingo” lets us dive deeply into gentle memories of Sundays in Rio: The relaxed solo on the guitar strings and the enchanting flute lines conjure up laid back afternoons of a childhood.
With an almost classical atmosphere in the mood of a solemn, majestic Schumann song „More Than Friends“ tells the story of an impossible love affair that you long for because it would
bring you to another age of time. „Aeroporto“ lifts off as a dream-like fly through the universe, it is a journey through time and into the realm of sleep, sung with the tenderness and gratefulness of a mother to her daughter to whom also “Luminosa” is dedicated. This tune is written by the trombone legend Raul de Souza, now in his eighties and still a dictionary of Brazilian sounds who has played with Cannonball Adderley, George Duke, Herbie Hancock, Airto Moreira & Flora Purim. His warm-hearted guest appearance rounds off the anchoring of
this album in the musical history of the Sugar Loaf city. The same way Bossa creator Antônio Carlos Jobim once glided down to his beloved Rio in „Samba Do Avião“, Viviane de Farias
looks down from the sky on her city – and then, with her five musicians, dives into the town’s contrariness and its “ginga”.
It is a feeling that will still cling to you for a long time after you have listened to this album. 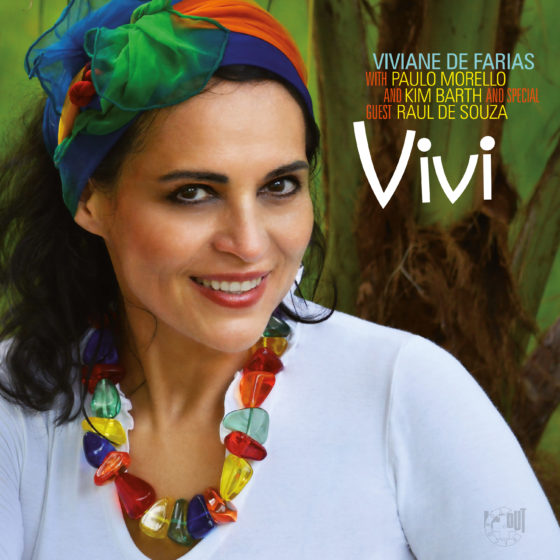