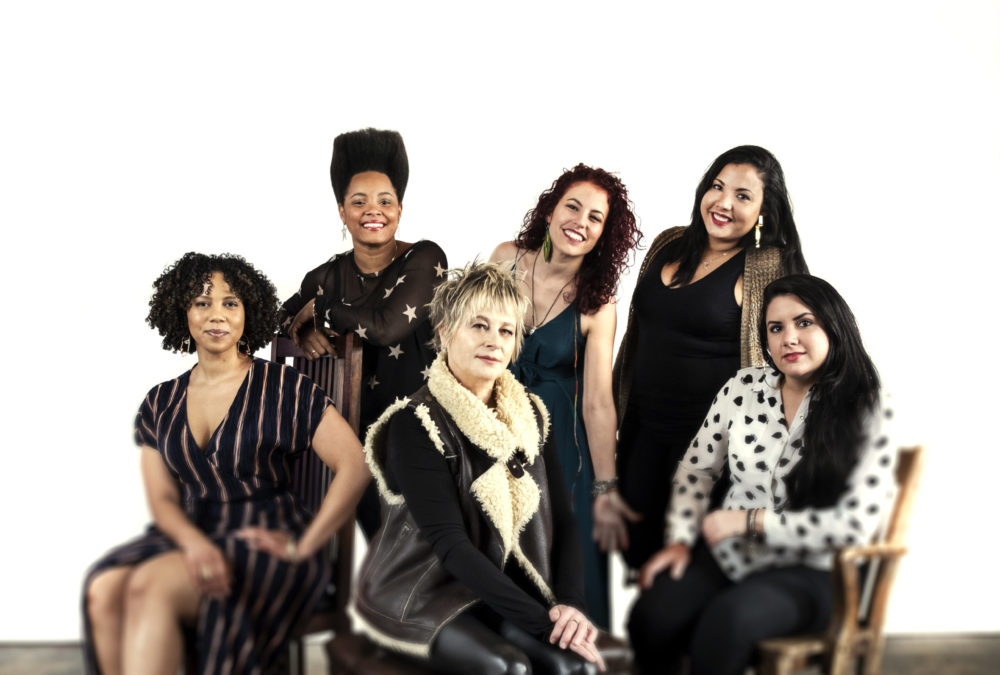 How did Jane Bunnett and Maqueque evolve – in less than five years – from a project to support and honor the new generation of young women jazz players and composers, to a Grammy nominated, critically acclaimed band that is in demand internationally at major Jazz festivals?
This all-female collective is led by veteran jazz icon, soprano saxophone player, flautist, composer and proud Canadian Jane Bunnett. With five Juno awards, three Grammy nominations and an Officer of the Order of Canada (Canadas highest civilian award) Jane decided to dedicate herself to taking Maqueque to the world.
With hard work, virtuosity and chemistry, presented to audiences with power and joy, the dream is alive and thriving!
Their third release, ​On Firm Ground/Tierra Firme​, is a bold testament to the strength and originality of Jane Bunnett and Maqueque. 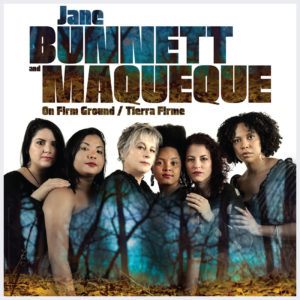 “This band sounds like no other today in Jazz.” – ​DOWN BEAT ​magazine, which voted Jane Bunnett and Maqueque as one of the Top 10 Jazz Groups in its most recent Critic’s Poll.
Prior to recording On Firm Ground, the group went from strength to strength touring contantly from Canada’ s Yukon to Colombia, Brazil, Cuba and Panama to major US Jazz festivals and clubs including Newport, Monterey, Saratoga, Birdland and Lincoln Center.
NPRs ​Jazz Night in America ​did a one hour feature (“The New Queens of Afro Cuban Jazz”) on Maqueque.
A ​New Yorker m​ agazine piece titled “The New Vanguard of Women in Cuban Jazz,” featuring members of Maqueque, describes Jane’s role as a mentor and inspiration to this burgeoning scene of young women in Cuba.
And Maqueque’s first two European tours cemented their reputation internationally. There are lots of surprise on the new recording.
A recent collaborator, Sacred Steel guitar player and vocalist Nikki D Brown, comes from the Church and hails from Toledo, Ohio.
She contributes fiery steel and soulful vocals to “On Firm Ground” and melancholy playing and Vocals on “Broken Heart.”
Dayme Arocena (a founding member and inspiration for the group) is full on for this recording and offers her composition “Mysteries of Jane’s House,” showing how in a few short years she has become one of the bright lights and biggest stars in Afro Cuban Jazz.
All the group members wrote a piece for the new recording.

Pianist Danae Olano wrote three compositions and has becomes Jane’s closest collaborator. Her playing and composition skills have blossomed and her pieces represent the heart and soul of this third Maqueque recording.
Other highlights include three new Jane Bunnett compositions, including “Monkey See, Monkey Do” with lyrics by past member Melvis Santa, who adds her vocals throughout the CD.
Producer Larry Cramer contributes a stunning take on John Coltrane’s “Moment’s Notice,” done in a conga style and clocking in just under three minutes.
Drummer Yissy Garcia is the heartbeat and power that propels Maqueque along, especially with new members Mary Paz on percussion and bassist Tailin Marrero, who adds a beautiful acoustic bass sound.
Another surprise is the addition of our newest member, Joanna Majoko, an incredibly soulful vocalist whose roots are in Zimbabwe and who immediately connected with the Maqueque groove.
Maqueque is on the move and I hope you come along for the ride! 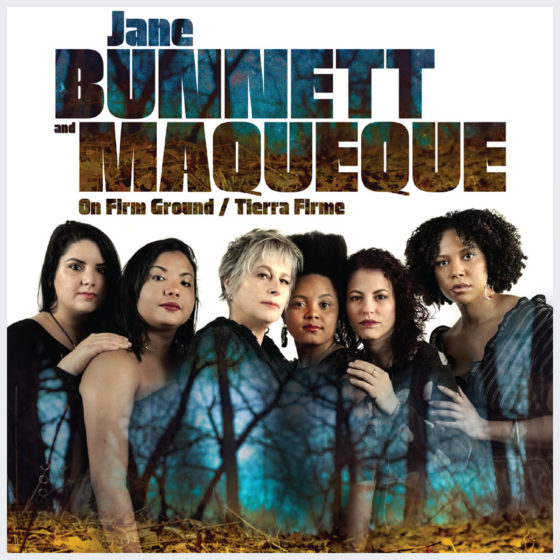