“You have opened up a new path for Cuban music.” (Chucho Valdéz said praising Ramón Valle)

“If I were a director, I would have already made 1,000 films,” Ramón Valle said. “My music is full of pictures, and my dream is to show my audience what I see behind the notes. That creates a strong bond between them and me.” This strong bond gets even stronger when you experience Ramón Valle live in his favorite line-up, the trio. The 55-year-old Cuban from Holguín is a stage person through and through, cultivates the high virtue of dialog with his partners intensively with every bar, and creates new, surprising sounds out of the moment. And yet his improvisational art always recedes in favor of the melodic inventiveness of a songwriter – the result of his very special career path.

Ramón Valle’s first passion was the trumpet, no wonder with a father and teacher who played the instrument so well. But at the conservatory, which he entered at the age of eight, he was asked to switch instruments due to his tender age. Valle chose the piano; he already knew the sound from his sisters, who all indulged in piano playing. “I could have made the switch back when I was 12, but I said: ‘Thanks, but no thanks!’ Because I had long since fallen hopelessly in love with the piano. For me, there’s an entire orchestra in these keys.” Valle’s idols are first of all the heroes from his native land: Chucho Valdéz, Emiliano Salvador, Frank Emilio Flynn and Peruchín. But in Havana he also got to know the music of Chick Corea and Herbie Hancock, and one pianist became his very special guiding star. “I feel a much closer connection to Keith Jarrett than to all the methods I learned at the conservatory. I discovered feeling and meaning in his playing; he doesn’t follow any fashions. We have very similar ideas.” And Valle’s ideas are: building bridges from the sound idiom of the Caribbean to the world without any clichés, as he can tread these bridges as a cosmopolitan living in Amsterdam.

“Many of my harmonies come from classical music, whereas the ensembles, quartet or trio, stem from jazz,” Valle stated. “In earlier years, many people said to me: ‘Ramón, what you do is great, but why don’t you add a little maracas, congas and bongos and it’ll sound more like Latin music!’ But I didn’t want to hide behind stereotypes. You don’t have to face your audience with congas to be Cuban. Being Cuban means having a certain way of speaking, moving and expressing yourself. Yes, people should realize that this guy named Ramón Valle comes from Cuba, but that he does not use clichés.”

To realize his Cuban music for the future in a concentrated manner, Ramón Valle repeatedly – as he does on this album as well – draws on his favorite line-up, the trio. He has had an artistic partnership with numerous albums and many concerts for many years with his compatriot on the bass, Omar Rodriguez Calvo, who lives in Hamburg. And he has chosen a new, versatile drummer with Jamie Peet, who also provides the basis for Jasper van ‘t Hof’s smaller group line-up. “A trio is perfect for me, because you can share joy and have freedom at the same time. It’s like three friends going into town, agreeing on which places and people they like and which and whom they’d rather avoid. Everyone goes from A to B, but everyone goes in his own way. It’s actually like the weaving of voices in a fugue by Bach, in which various interesting lines run in parallel.” Valle gives space to the accompanying musicians in each of the pieces, so that the warm, singing bass of Calvo can unfold just as well as the delicate percussive brushstrokes and the gripping verve of Peet, which has blended beautifully into the Caribbean tonal language.

The pieces recorded live in the Viennese Porgy & Bess and the Kassel Theaterstübchen span Valle’s repertoire of the past 25 years. There is his “anthem” of his early years, “Levitando”, which is an exuberant virtuoso piece as well as a tender one, a free-floating flight over the keys that shows the overflowing creativity of this man. He implements his ideas of Cuban music in the 21st century in “Mamita Yo Te Quiero”. “Here I imitate street slang in a music, how men and women act when they flirt. When Cubans hear this piece, they want to dance, but then they ask: ‘Where am I supposed to put my feet?’ This is because I wrote it in 5/4 time. If you want to get a message across, the timing doesn’t matter, but it gets painful when you focus on counting time instead of the feeling!” An equally fantastic alloy of Cuban tumbao and pianistic brilliance is “Little, Irreplaceable Things“, an homage to the little things in life, a flower, a smile – with an ostinato at the end that sounds a lot like the James Bond soundtrack theme.

Ramón Valle shows his thoughtful side in “Free At Last”, a ballad created from a studio improvisation for his ACT album “Memorias”, free in its expression and free in its modal sound. And he reveals his love for songs with his adaptation of Leonard Cohen’s “Hallelujah”. “A song has to touch my soul,” Ramón Valle emphasized, who has already covered Michael Jackson and Stevie Wonder. “And with this song by Leonard Cohen, I began to hear stories behind the lyrics, and I developed a contrasting bass line as a second story. In this way, I managed to master the challenge of interpreting this melody without singing.” His touching version speaks for itself.

And then finally there are the very special, intimate trademarks of Ramón Valles, who dedicates compositions to the members of his large family. With “Te Extraño”, he pays tribute to his mother in a very moving but far from over-sentimental way. Overwhelmed by the pain of her death, his grief dissolved into this wonderfully warm-hearted melody, a chachacha son, with which he remembers dancing with her to celebrate their reunion during his visits to Cuba. “Cinco Hermanas” – with an intro that captures colors from Debussy to Gershwin before the trio ignites Cuban fireworks – is dedicated to all his sisters who have devoted themselves to classical music. “Master Zwana” is a magnificent finale; Ramón Valle portrays his wife Marret here. “She is soft and sweet, but since she is also my manager, she can also be very straightforward and commanding: ‘Do this, do that!’ So this piece is both romantic and purposeful.”

With these live recordings, Ramón Valle shows how the music of his native land combines with urban sophistication to create a new language, how Cuban roots merge with stupendous technical mastery to create truly great sounds. 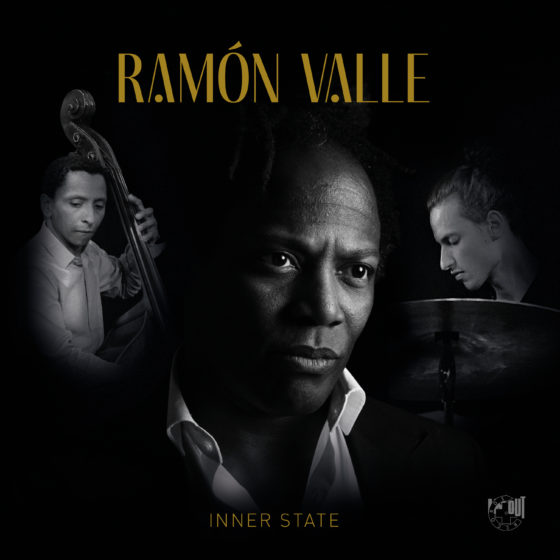